Running of "launcher.bat" script on Windows

After having imported the project on eclipse, we built it with the “maven install” command and then we tried to run the script “launcher.bat”.
The following error has appeared in the terminal:
“Error occurred during initialization of boot layer
java.lang.module.FindException: Module org.cryptomator.desktop not found”

During the test this appears: 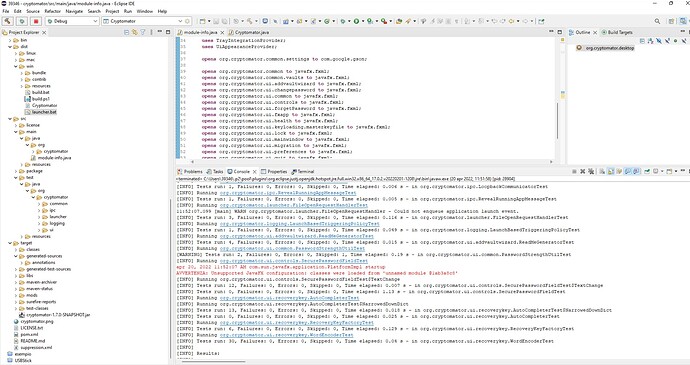 Despite of this the build process succeded but we are not able to run the application.

To run the application with the launcher.bat file, you need to copy

thank you very much, it works!