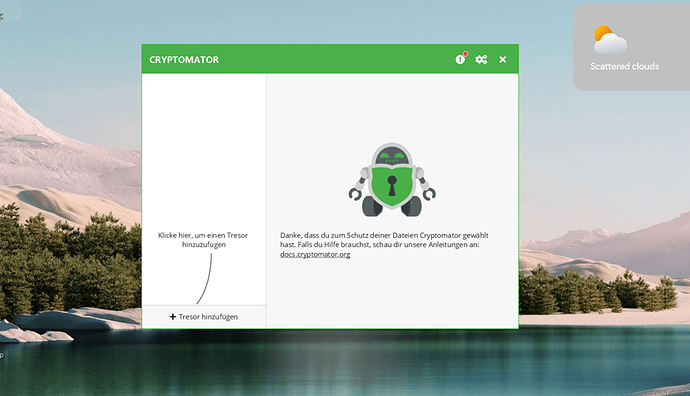 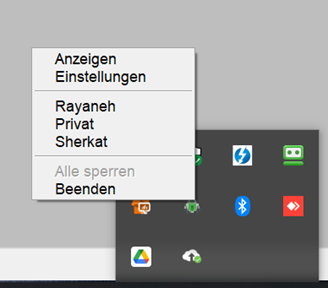 Cryptomator GUI does not appear after installing version 1.6.8 on Windows 11 Pro

### Please agree to the following - [X] I have searched [existing issues](https…://github.com/cryptomator/cryptomator/issues?q=) for duplicates - [X] I agree to follow this project's [Code of Conduct](https://github.com/cryptomator/cryptomator/blob/develop/.github/CODE_OF_CONDUCT.md) ### Summary I'm a new Cryptomator user. I just installed version 1.6.8 from the official website and installed it on freshly formatted Windows 11 Pro. For 1 day Cryptomator worked normally but today, on the second day of use Cryptomator opens the window but the GUI does not appear. I have already uninstalled Cryptomator, restarted the computer and re-installed and restarted again but the error persists. It's certainly a problem with version 1.6.8 ### What software is involved? - Operating System: Windows 11 Pro - Microsoft Office 365 - Kaspersky Internet Security 2022 - Cryptomator: 1.6.8 - Telegram 3.6.1 - Firefox 99 - VLC 3.0.16 - Download Internet Manager 6.40 ### Volume Type Dokany ### Steps to Reproduce ![Cryptomator Without GUI](https://user-images.githubusercontent.com/7220297/162341857-e04d4103-dd37-4a47-bb0e-71460d3a65f3.png) ### Expected Behavior May the application open normally! ### Actual Behavior The GUI just doesn't appear! ### Reproducibility Always ### Relevant Log Output ```shell Impossible as the GUI does not open! ``` ### Anything else? I hope to be able to use the app again as soon as possible! I was starting to like the program and it stopped working.

I had the same symptom. When I launched cryptomator on my Windows 10 machine runnning cryptomator 1.6.10, it only showed up in the taskbar. Clicking on the taskbar wouldn’t launch anything.

I had installed cryptomator 1.6.10 a week early and it worked fine for a week (so I don’t think it was a problem created by a new cryptomator version).

My cryptomator vault reads my google drive via a google drive desktop application. What I discovered was that I could not launch the shortcuts to the google drive directories where my vault was stored from my Windows file manager, either. There was a problem with the setup, it was trying to launch a different google account that did not have access to the files (I have multiple google accounts on the pc)… I ended up removing the google drive application and then reiinstalling it. That fixed the problem where I could not launch google drive shortcuts from windows file manager, and it also fixed the problems with cryptomator launching.

Summary: I think in my case the problem was with my connection between my pc operating system and my cloud drive provider. If I can’t access the files from my windows file explorer, then I can’t expect cryptomator to access them either. After I fixed it to regain access to the files in windows explorer then cryptomator worked normally. Before that apparently cryptomator would get stuck during startup because it could not access the directories to display my vaults. Your case may be different.