All of them are slightly different which is further documented in Setup — Cryptomator 1.6.0 documentation.
One of the differences is the purchase and license entry process. In Google’s Playstore, Google takes care of everything. In our APK store or the F-Droid repository, a license purchased on https://cryptomator.org/android must be entered after starting the app: 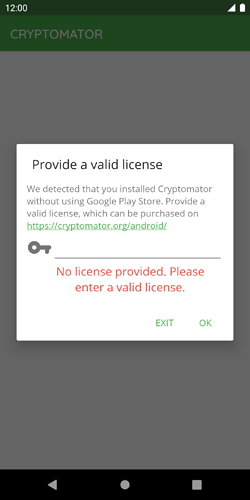 Some users see this dialogue even if they originally bought the app via the Playstore. There can be several reasons for this, all of which have to do with how the app was installed and/or updated. What happens very often is that users have installed F-Droid in addition to Google’s Playstore. If a F-Droid-Repo is set up that also provides Cryptomator, it can and will happen that F-Droid notices the update earlier and offers the user to update this app. If the update is installed via the other channel, the user implicitly switches from the Google Playstore version to the F-Droid version and is prompted to enter a license key. The same happens if a user downloads the APK via our website and install it over the existing Google Playstore variant.

We are currently aware of two F-Droid repositories that provides Cryptomator:

If you have added one of these repositories to F-Droid but still want to use the Google Playstore variant,

With this option set, no further updates for the Cryptomator app will be installed via F-Droid in the future, but only via the Google Playstore. 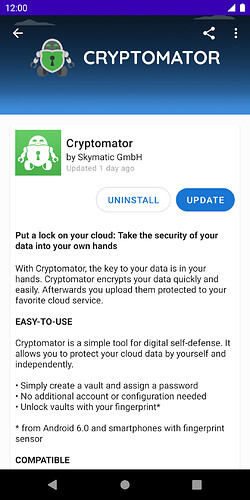 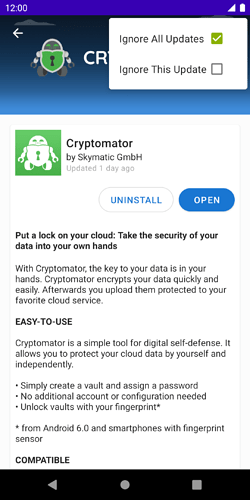 You can check which repositories you added and activated in F-Droid under Settings → Repositories: 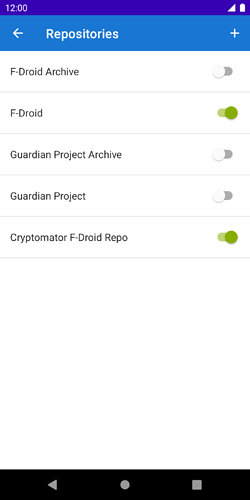