I purchased cryptomator (ctmt) android app right when it’s beta, and honestly didn’t use ctmt in daily life because at that time, the windows+webdav limits file size at 4GB, which is useless for many movie/media files to store on cloud. So in the mean time what I used is cppcryptfs(cppcfs), a clone of gocryptfs for windows, written in c plus plus. 1 bad thing: no android support, and still wont in near future.

Recently I really need android support so I visited ctmt again, I found dokany (used same as cppcfs) was supported. With instinct I believe it means the 4GB limit is gone, as cppcfs using dokany could do it years ago.

So, ctmt is now USABLE and could challenge cppcfs for me.
There is a link from them: Comparison with Other Projects - gocryptfs (a bit old)
so next time, i think ctmt can write a review comparing ctmt and cppcfs, not boxcryptor anymore. 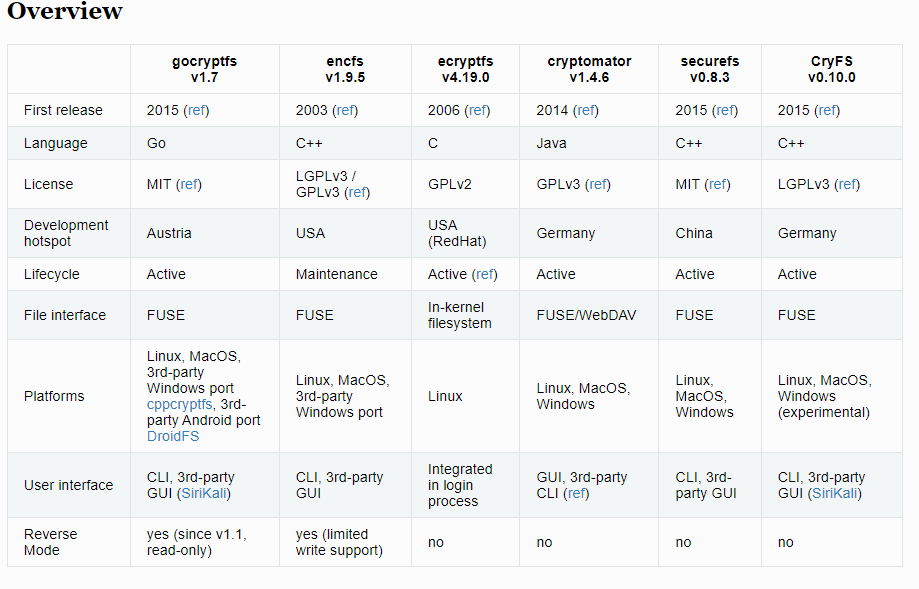 boxcryptor, being close source, hardly really touched me. I worry i’ll lose everything if they are gone.

As said I bought the android app when it’s 5euro at the beginning.
It’s ok to paid for windows .exe if it gets more features (more than dark mode pls)
2FA using yubikey is a good one.

ctmt, as folder is flatten, shd works well with onedrive.

3rd thing would be: cppcfs seems comes from hobbist, non full time contributor(s), that ctmt is from a company. At least you can contact authors of ctmt, but cppcfs is less well touched.

Both are good softwares, I am still sticked to cppcfs but for new comers, ctmt could be a good start.

I really like ctmt as a company more than cppcfs, to which cppcfs 's author is interactive on the forum, but it looks like it’s behind a curtain.

however, today I tested out that ctmt still have a long way to go.

I store my files on google drive, in which a folder is encrypted with cppcfs.
perfect about it.

yet, i wasted too much time on movies, so I made a ctmt vault with a random password (which I write down somewhere and cant remember it as it’s random alphabets/digits). but for a 1.5GB movie inside,
i cannot drag it into vlc and play.

but i tried the same for cppcfs, i.e. a cppcfs inside another cppcfs “vault”, a 1.5GB movie “inglourious bastards 2009” could be dragged and playable in the vlc. the most important is: it doesn’t download the whole, it’s on the fly!

i am not familiar with cpp or java, as an user i care what the program can do.

ctmt can’t handle 4GB files due to webdav in the past, now changed to dokany is good.
but ctmt should/must do what others can do — at least for the basics.