Dokany recently released a new major version of their library.

… but the public API hasn’t changed much.

However, when installing the new library version, cryptomator will not be able to recognize dokany: 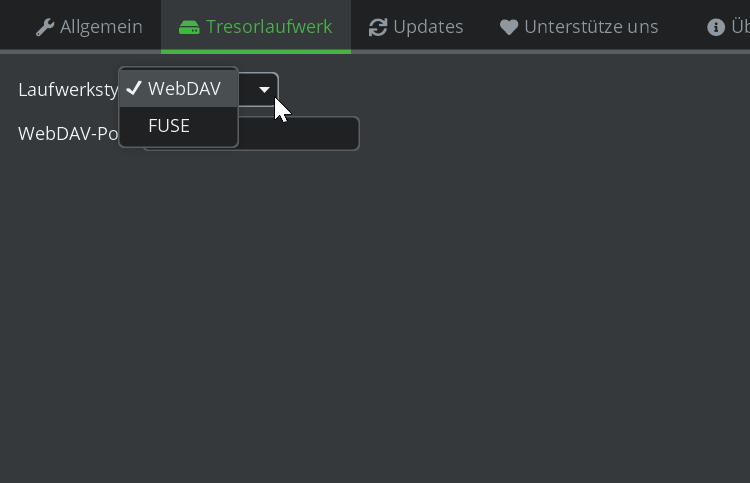 The solution is to use Fuse…

Hi, after i mentioned that my vaults are connected by WebDAV, i wanted to change to Dokany but there is no other option than WebDAV in the dropdown menu. So i installed Dokan manual: But there i still only WebDAV in the dropdown menu (also after reboot). Any ideas? EDIT: I installed WinFSP and now i am using FUSE, so the issues i had using webDAV (empty folders) are gone.