first of all thank you for all the work that has been put into Cryptomator in the past! I’m pretty sure my problem doesn’t lie with the tool itself but rather with my use of it

My issue consists of 2 questions, hope you can help: 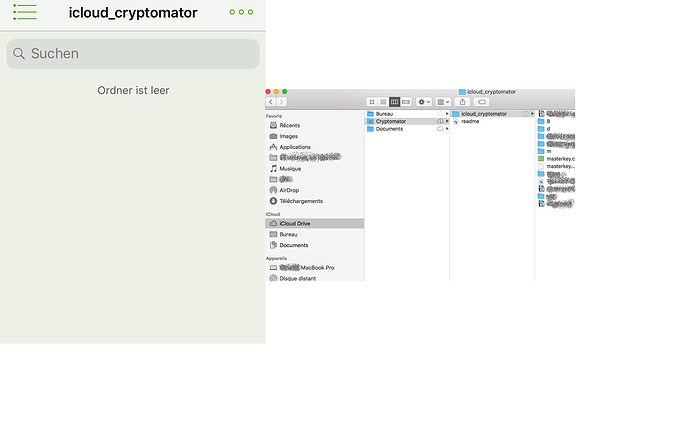 Any constructive input is highly appreciated,
thanks in advance!

Hi. Don’t put the decrypted files into the cryptomator folder (where the masterkey is). Put them in the virtual drive which appears when you open your vault on Mac.
The folder where the masterkey is located are the ones that are saved on iCloud. They are basically your (encrypted) vault. If you ad files here manually, they are not encrypted.

In iOS: Open the vault or create a new one and upload a sample file. Later on ( after sync) you’ll notice (encrypted) files and folders within the d and m folder on your Mac. These are the encrypted files that are saved on iCloud.

YES, that does it! Thank you for the quick reply