Basic steps for mounting and syncing to cryptomator vaults

I hope, I did not overlook something but I was not able to find basic information how to mount cryptomator vaults and syncing to it.
I found some posts concerning FUSE and WEBDAV, but these are too advanced for me at the moment …

What I want to do:

Let’s say I use a local working directory
/home/workspace

I want to synchronise the contents of this directory to a cryptomator vault, so it seems I have to create and mount said vault. How do I do this on the command line? Is there any documentation available?

Thanks a lot for your support

Is there any documentation available?

Thank you for the link. But the docs (which I had consulted before my posting) do not seem to contain any information concerning FUSE or mounting, at least it is not found by the search function.

Furthermore, there are no hits for CLI. For “command line”, only entries concerning Sanitizer pop up.

Also when looking for these terms in the community forum, I find detail questions concerning FUSE etc. but no answer to my basic questions.

How do I do this on the command line?

One of the goals of Cryptomator is to provide good encryption easy and user-friendly. Having a cli is not part of this goal, therefore we do not actively develop it.

But since Cryptomator is also open source, there are contributions providing a cli, see: 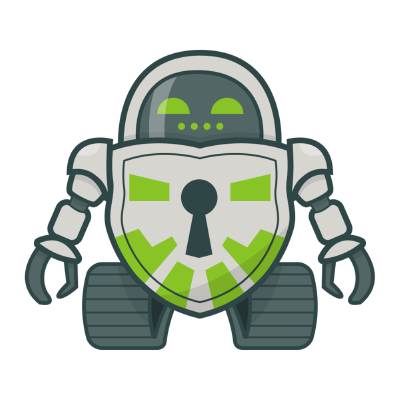 But it is very outdated, thus I advise against using it. If you are skilled and have some spare time, feel free to make a contribution to it!

Well, I think the definition of “user-friendly” is a question of philosophy. As I tend to forget things easily, I prefer to do them in an automated fashion.

So the basic idea was, to start the computer automatically at night and use a script to “rsync” the files I changed during the day to the encrypted network drive. At night, the connection to the provider is not used for anything else and time is not really a matter.

Of course the computer could also wake me up to enter the password manually, but this is a workaround I would only use if there is no other solution

Linux is not their focus, which is sad.
Tried to install it on Centos, it shows the cryptomator icon but it would not show the gui.
Then I found out that there was a CLI, but the “documentation” does not even mention which version it relies on.
Userfriendly?
Great goal.
But failed here.
BTW: I purchased Cryptomator for Android and would be happy to pay for linux as well, if it only worked on my boxes.

As already discussed, it is debatable if providing a CLI is considered user-friendly.

Apart from that, right now we are updating the CLI to work with the new vault format and will release it soon.

And of course, the documentation could be improved.

Feel free to contribute with a PR!

Not showing any UI at all is beyond user friendly.

How could my PR services help?

An honest product review would be pretty damning in this case.

Consider me a paying customer, less of an enthusiast who wants everything for free.

The current linux client which is not at all working is a timewaster and a net loss for all of us.

Please get me right: Perhaps it’s possible to get it running on my Centos boxes. But lack of proper instructions made it impossible for me. Perhaps it would help to write up prerequisites for a successful install.

5 minutes of courtesy write up would have saved many hours of wasted time of frustrated users who would might have otherwise paid for a working product.
Please take this as a friendly suggestion.
I’d love to use Cryptomator on my linux boxes.
I love it on android and was happy to purchase it via play store.

Today we updated our CLI, such that vault of format 7 can be unlocked:

Hello Community, Today, we released an important update of the CLI to support vault format 7.

Now it is also possible to access your vaults on ARM machines again! The only requirement for usage is that at least JDK 11 is installed on your system. About the Release From the point of changes, it is a very small release. To switch the supported vault format from 6 to 7, actually only the dependencies of the CLI needed an update. As you might already noticed from the phrasing, it also mea…

The current linux client which is not at all working is a timewaster and a net loss for all of us.

The problem about supporting “Linux” is, that there exist nothing like the Linux system (or better desktop environment). It is more like a wide, deep and diverse field, that on the one hand offers for everybody the taste one likes, but on the other makes it very hard to develop non-cli applications for it.

Yes, there are standards, but this standards must be implemented correctly or at all. And even then, since it most linux systems are highly configurable, it might not work. Therefore we rely on the graphical framework JavaFX, which works well on the most systems. But they aren’t flawless, one major drawback of this framework is, that ARM devices are not supported (see this issue on our issue tracker).