Hi. I am in contact with Apple 2nd level support regarding the Webdav issue. They collected lots of data from my M1 MacBook Air for analysis and they will get back to me tomorrow. I hope this will lead to something useful.

Just one additional question: Apple states that all my data is encrypted in iCloud. What’s your view on that? Could this be an alternative to Cryptomator-encrypted onedrive folder? What do you think?

Thanks and regards. Markus

Apple states that all my data is encrypted in iCloud. What’s your view on that? Could this be an alternative to Cryptomator-encrypted onedrive folder?

Not from my point of view. Sure, iCloud is encrypted, but the point is when this encryption is happening and by whom. The iCloud encryption is done on their server by Apple (no end to end encryption). So you hand over an unencrypted file to apple, and they encrypt it for you. That means they can read it, and of course they can decrypt it at any time without your knowledge. They can analyse your files etc. I do not want apple to know which insurance I have and which not (for example). Speaking for my self: I’d rather give them an already encrypted file so they are not able to read it. And that is what Cryptomator is build for.
Also benefit: you do not have to consider privacy issues while transferring your file to their servers, as the file is local encrypted.

Thank you very much for your response. This was also my point of view and the reason for choosing Cryptomator.

But if I understand this support article correctly there is an end to end encryption on iCloud:

iCloud is built with industry-standard security technologies, employs strict policies to protect your information and is leading the industry by adopting privacy-preserving technologies like end-to-end encryption for your data.

What do you think?

is leading the industry by adopting privacy-preserving technologies like end-to-end encryption for your data.

These features and their data are transmitted and stored in iCloud using end-to-end encryption:

I can’t find something like files in the list and the fact that they don’t just write “everything” also increases my skepticism somewhat.

But even if it meant they were actually using it for files too, you’d still have to trust them (closed-source) to actually use it and not have access to the keys to decrypt it as well.

I searched quickly for “encrypted iCloud”. It seems like the iCloud are not end-to-end encrypted in the sense of that Apple still holds keys to decrypt them.

This means also, that you have to trust Apple that your key is never given to a third party. 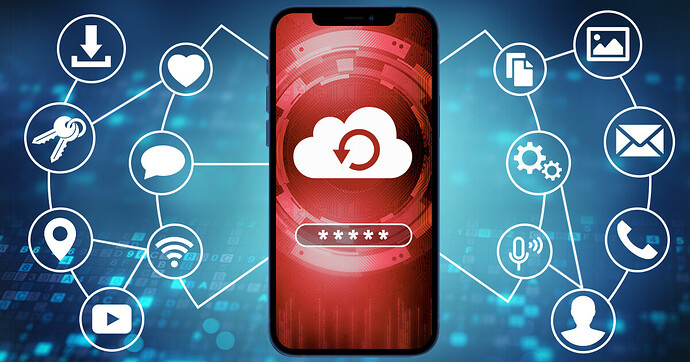 Reportedly, Apple dropped plan for encrypting backups after FBI complained. Apple’s decision will undoubtedly cause turmoil and will have a number of consequences. In this article, I want to talk about the technical reasons for encrypting or not...

Thanks a lot. So there’s no solution, unfortunately.

Today I had the call with the Apple software engineer. They will do nothing. From their perspective the problem is at Cryptomator side. I also was in contact with the Boxcryptor support. They actually use MacFuse but they realized that they have to improve their software due to already announced end of kernel extensions support by Apple. Hopefully Cryptomator will do the same. If you do not like to use MacFuse for security reasons (as me) you‘ll have to wait.

We already recieved a suggestion on our issue tracker: The macOS File Provider Framework.
As mentioned in the issue, we need to look into it for macOS, but for the new iOS-App we are already using it.

Summary macOS extensions are on the way out, to be replaced by the File Provider Framework, already known from iOS/ipadOS: https://developer.apple.com/documentation/fileprovider Some new...

Update: Obviously the Apple support is not really reliable. Today I upgraded to Big Sur 11.3. and the issue is fixed from my point of view. I added some files to Cryptomator and I created a new folder by using Finder. Everything worked fine and the M1 MacBook Air did not crash. So I am very happy. (And a little bit concerned about Apples honesty in dealing with customers).

So my decision was good to not gain any safety risks by using MacFuse.