I have created two encrypted vaults, I use mac os with fuse, these vaults have a limited space of 771gb and apparently both share the space, you know why? I use drive to store my encrypted content. Thank you.

I leave you an image of what happens, I have two vaults and it seems that they share space, they are supposed to be unlimited space. 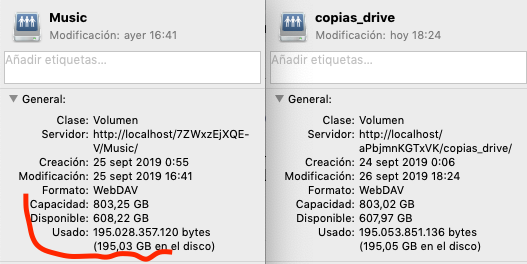 In Windows 10 all my 3 vaults show exactly the same capacity and free storage as my hard drive - might be the same on the Mac - although all 3 of them have totally different sizes.

@Myrki What you are experiencing under Windows with is described here:

@Manuel_Fernandez Is the reported capacity wrong?